Not Hiring an Attorney

Every week we talked about the importance of hiring an advocate someone who will look after your interests in the event of an injury on or off the job so it’s interesting to learn that a lot of people still don’t hire an attorney when they get hurt.

Well, Richard Griffin, with the Griffin Law Firm joins us now to explain what he has found. So, you do hear this, I guess, a lot.

I do! You know, a lot of times people will call and they they’re reluctant, they think

“Well gosh, you know, if I’ve I can just do it myself….” Or maybe you’ve had bad experiences. We’re going to talk about those in a little bit.

The biggest problem is the adjuster has all the cards. The adjuster knows what the case is worth. (The adjuster) Knows how to get things out of you that you don’t know. (Things) that could get twisted.

It’s one of those things where, I even had someone who’s done a lot of work for me and around the house (you know, kind of a handyman type fellow) and he was like,

“I got in this accident, I’m hurt, but I just don’t know if I want to hire you, but I know I should.”

So, I told him- I said, look, you know- Have you ever been to someone’s house, to do some work for them, and they’ve done it themselves, and they’ve made a horrible mess? Like a deck for example? And he said, “oh yeah!” You know, they had to tear down the deck. You lost the materials and the labor. It was a disaster! Well he ended up- (after he thought through it) He hired me and it worked out really, really well for him.

What are some of the common reasons you hear that people still don’t do it?

Well I have a graphic for that. I’d love to put up because there are five reasons why. And these are kind of misconceptions. Myths that people have [believe]- where they- (I’ve just come across) they just said, “You know, I don’t know…. I’m reluctant.”

First one is: “I want to save money”

Not hiring that attorney means, “I’m going to get to keep all the money.” 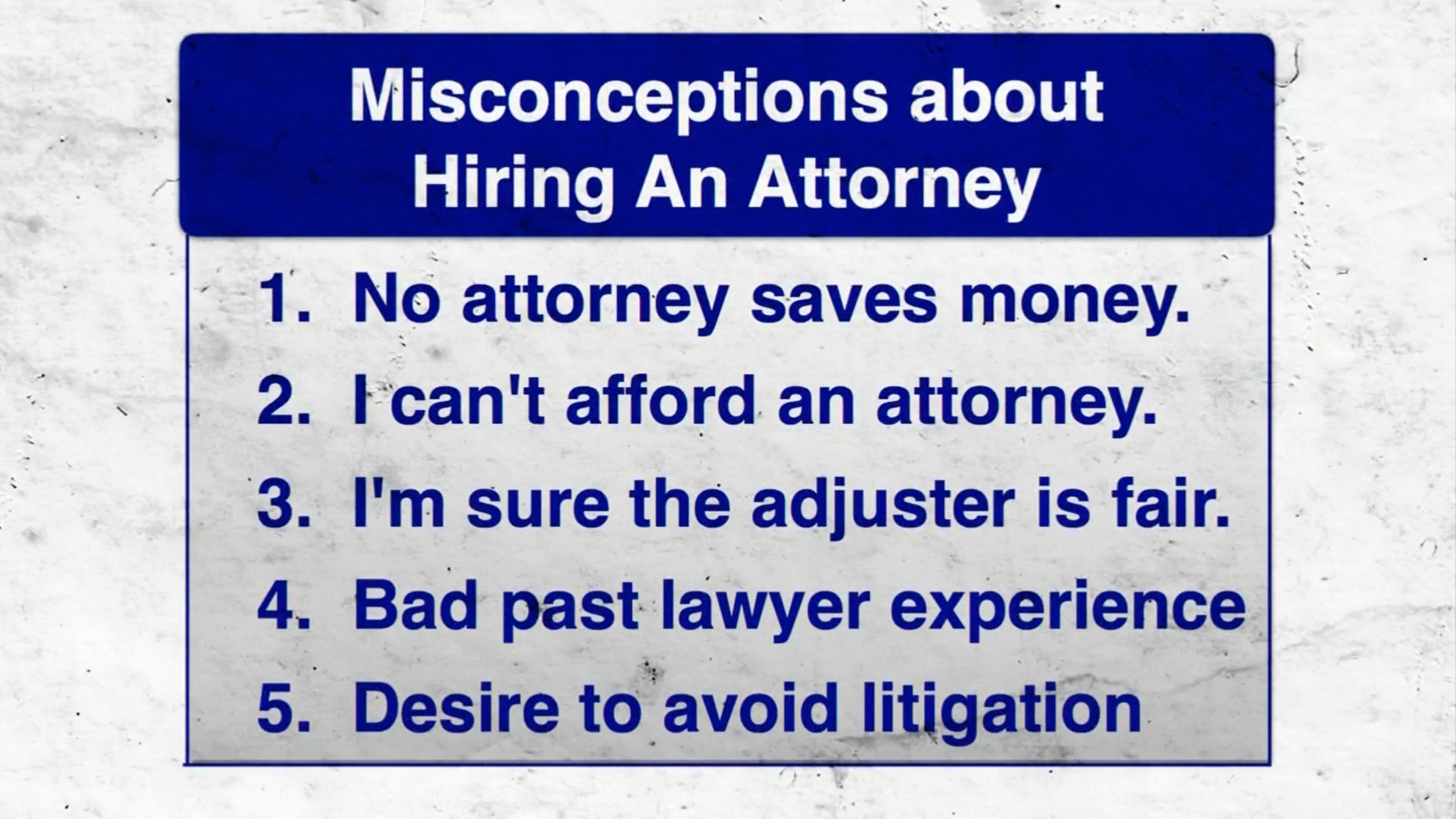 Well the problem is, there are so many mistakes you can make and you don’t know how to litigate so the adjuster is not going to be fair. The adjusters going to underpay you and you’re going lose money. Or you may make a mistake. I had someone who almost settled the case for less than the policy limits. We intervened, and that would have been a $70,000.00 mistake.

Number 2 is: “I can’t afford an attorney” It doesn’t cost anything [upfront] it is only out of the settlement proceeds. It’s a contingency fee. (So no retainers, no out-of-pocket expenses.)

Number 3 is: “I just want to wait. The adjuster will be fair. I just know they will.” Well they aren’t fair (typically) on your property damage. You’ll get frustrated there– its only going to get worse.

Another one is: They’ve had bad experiences with attorneys in the past.

They haven’t had good communication. They felt like they didn’t get the results they expected. You know, that’s something you can go to 877painlaw.com and read about. There are client testimonials where they can give you their feelings about the Griffin Law Firm and how we’ve been able to do well for them.

The last one is: “If I hire an attorney, I’ll have to litigate”

Well, you don’t have to litigate just because you hire an attorney. In fact, that’s going to make it where we’re going to have less problems to overcome. If you do it yourself, we probably WILL have to litigate, to get that case back on track. If you hire us right from the beginning you’re going to make all the right choices (with our guidance). And then the case is going to (almost 9/10) it’s going to settle for the right amount. Only when that adjusters being unreasonable would litigation be required.

What about some examples of recoveries you’ve gotten?

Well there are several and I have a graphic for that as well.

One was a workers comp case where the person had a case but didn’t know it’s worth anything for settlement. It was going very poorly. They called us and we got them in $80,000 recovery. 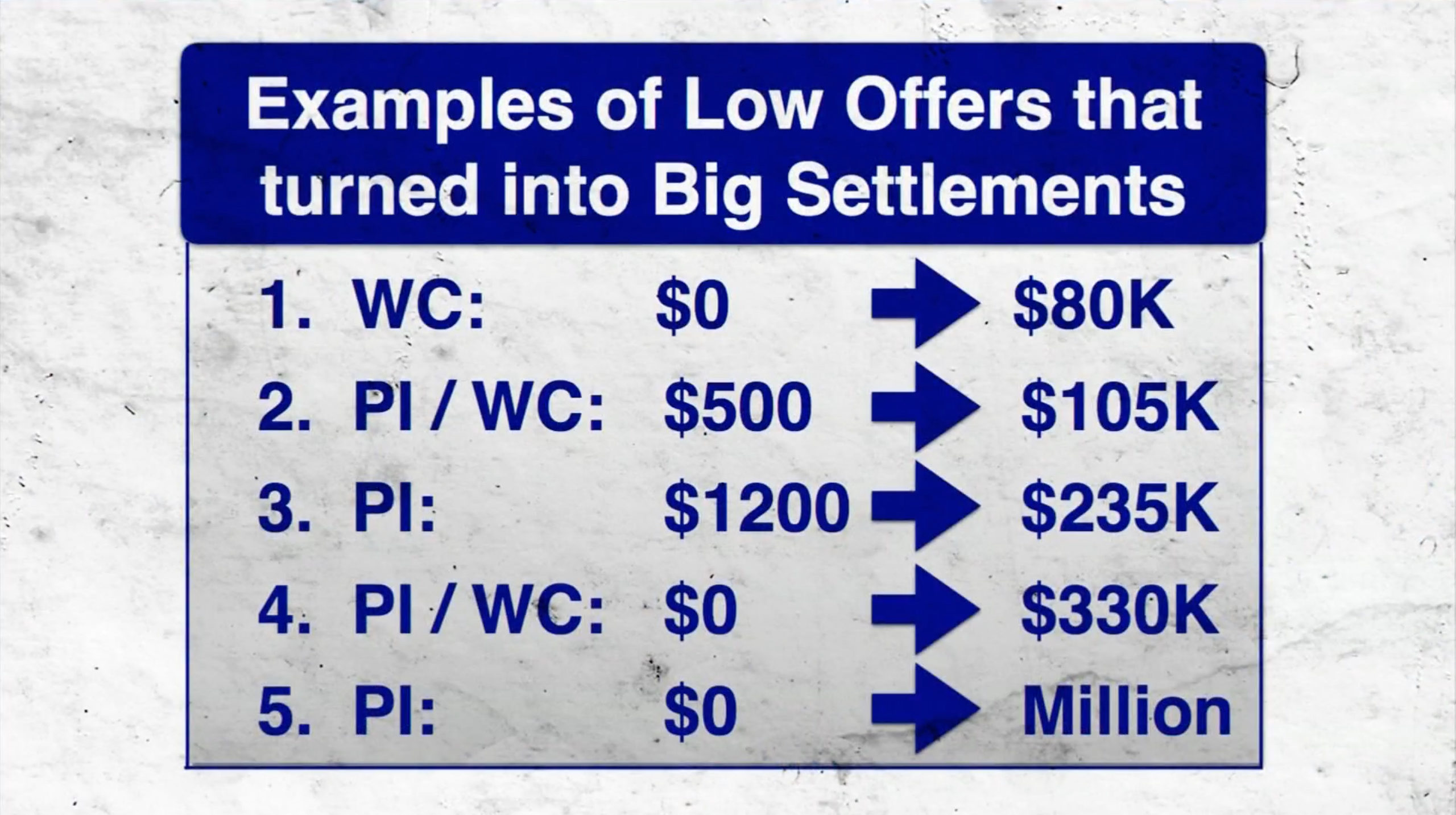 Another was a personal injury case where they made a $1,200 offer because it’s low property damage. It turned out surgery was required and we got $235,000

Another was a truck driver. The workers’ comp wasn’t going well, and personal injury case wasn’t either. We got $330,000.

Then the last one was a strange case that involved a refrigerator that was installed improperly. They offered nothing ($0) before they hired us and we got a jury verdict of $1,000,000.00.

I love what I do and I love helping people. You know, this is my way of helping people. If you’ve got a personal injury, workers’ comp case or social security disability case, give me a call at 877-PAIN-LAW or visit the website. I will talk to you individually about your case, answer those questions and explain how we- or what the goal will be, what the case is worth and how we can help you get that.

And again, contingency means, you don’t get paid unless they get paid?

Thank you so much Richard!

Don’t forget, to get the help you need contact the Griffin Law Firm, Call 877-PAIN-LAW. You can also log on to 877PAINLAW.com 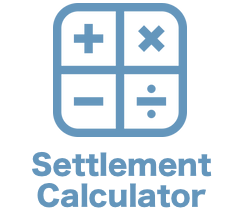 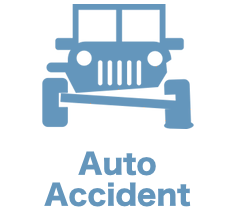 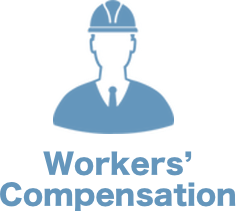 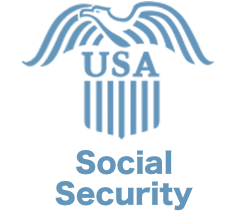 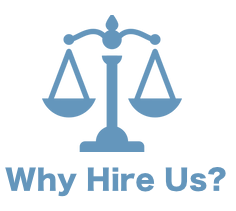 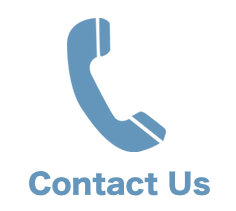 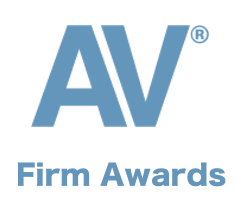